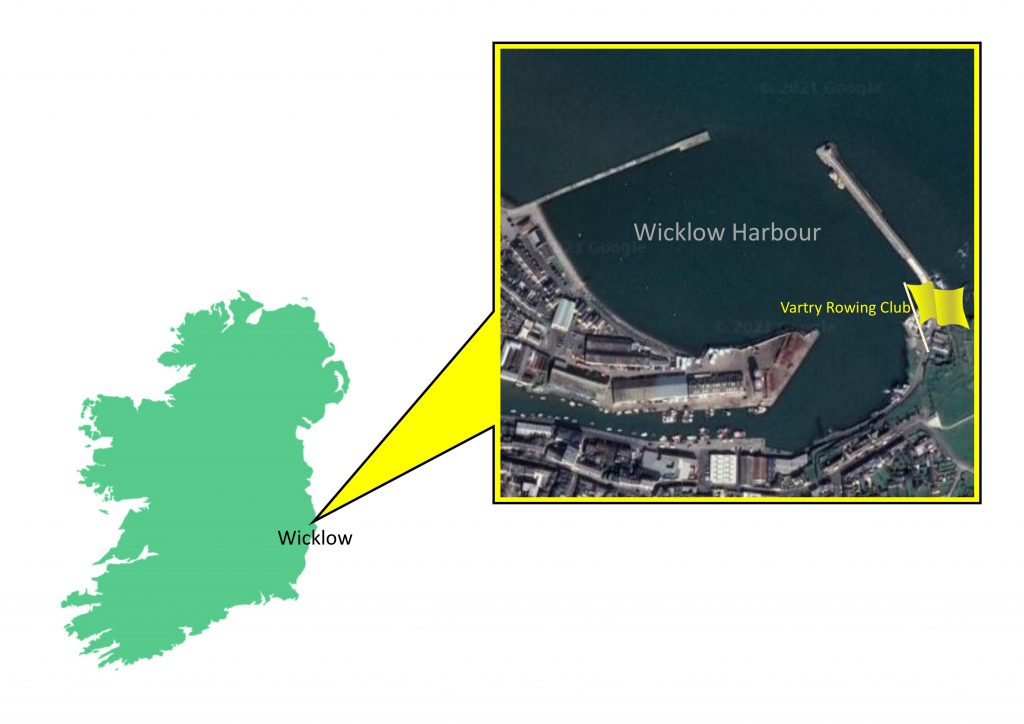 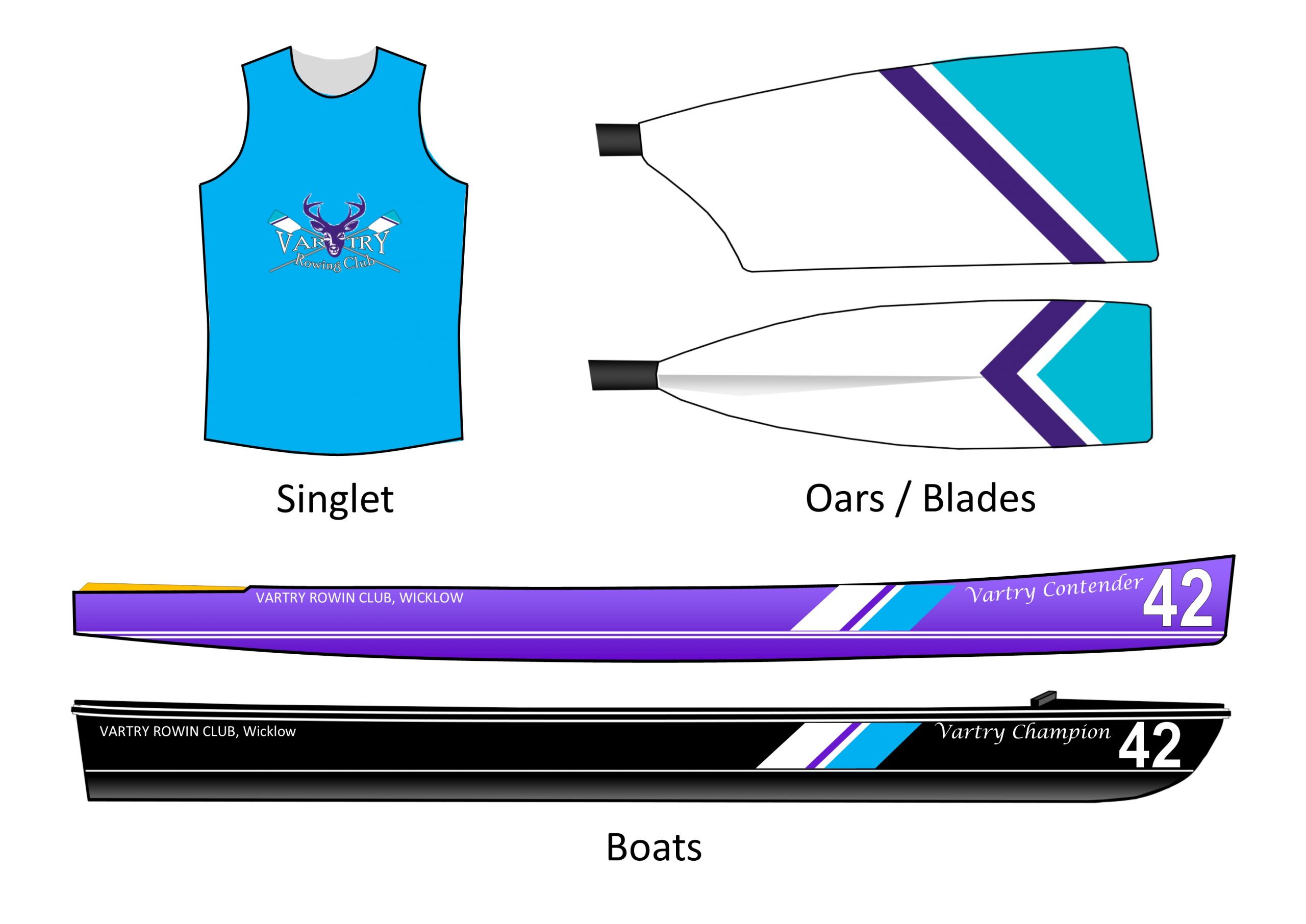 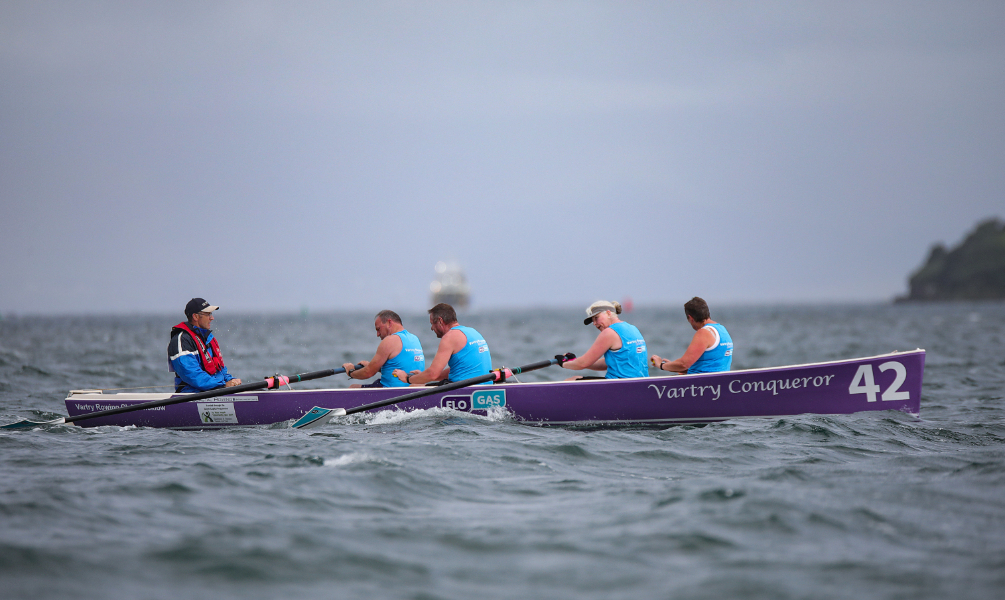 To everybody's relief, after a veryyyy looooooooong break of two years, the 2022 coastal rowing season is back in full swing with Vartry Rowing Club having already participated in two distance rowing events.
The first being the 15km Boyne Boat Race organised by Inver Colpa Rowing Club in Drogheda, Co. Louth. The name of this race is actually misleading in that only the final 6 km of the race actually takes place on the River Boyne, the first 9km actually takes place in the open sea where it starts on the beach at Clogher Head, making its way through the open sea as far as the Boyne Estuary at Mornington where it then winds its way up the River Boyne to the finish line under the shadow of the famous Boyne Railway Viaduct over the port of Drogheda. Vartry made up 4 of the over 30 crews on the start line and all represented the club with pride and distinction winning all of their categories.
Thank You to Inver Colpa Coastal Rowing Club for a fabulous event.
The following weekend, two crews made the long journey from Wicklow to the Iveragh Peninsula in Co. Kerry where they took part in the Beginish Island Challenge, again rowing a distance of 15km from Caherciveen, out around Beginish Island in the shadow of Valentia Island and back to Caherciveen. This wasn't a race, being more of a rowing challenge but it was none-the-less enjoyable for our members who all acquitted themselves well and had a great time. This was Sive Rowing Clubs' first time running this event and they have plans to eventually transition it from a 'Challenge' row into a bonafide race.
Thank You to Sive Rowing Club for a fabulous event.
Vartry Club Member Owen Higgens made the journey to Drogheda and Clogherhead to film the Boyne Challenge. You can watch Owen's first installment here and as soon as its ready, we'll share Owen's second installment, the race.
As always, we would like to sincerely Thank Owen for all his work filming and editing various events that our club participates in and his help in promoting the aims and ambitions of our club, it is greatly appreciated by every single Member.
www.youtube.com/watch?v=EdPnh1xzh9Q ... See MoreSee Less

Brilliant video...well done to the producer.

This morning a group of intrepid members from Vartry Rowing Club took up the challenge to 'Climb with Charlie'. In less than ideal conditions, they bravely took on one of Glendalough's finest challenges. Despite the conditions, a great morning was had by all and it was in aid of a great cause.
You can view a short video of the morning's trek here: l.facebook.com/l.php?u=https%3A%2F%2Fyoutu.be%2F0CVNqqT3zX4%3Ffbclid%3DIwAR0KrPFX0kO-NxyTZlhHQuTU...

If you'd like to make a donation, please visit:
l.facebook.com/l.php?u=https%3A%2F%2Fwww.climbwithcharlie.ie%2Fdonate%2F%3Ffbclid%3DIwAR2FRrvvmx_... ... See MoreSee Less

Well done to all of you!

Brilliant well done to all

Very well done to all💙

Load more
We use cookies on our website to give you the most relevant experience by remembering your preferences and repeat visits. By clicking “Accept All”, you consent to the use of ALL the cookies. However, you may visit "Cookie Settings" to provide a controlled consent.
Cookie SettingsACCEPT ALL
Manage consent